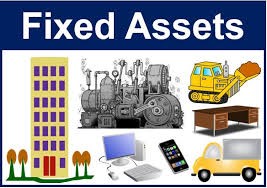 Fixed assets are items that are used in your business’s ongoing operations for longer than a year. These items should not be “expensed” or shown on the Profit and Loss Statement; instead they should be recorded on the Balance Sheet as assets. They are expensed over time through depreciation. Examples of Fixed Assets are:

Fixed Assets are recorded on the Balance Sheet at the purchase price plus any installation costs needed.  Once a Fixed Asset is put into service, except for land, it begins to lose value. This loss in value is accounted for with Depreciation (for tangible assets) or Amortization (for intangible assets like software).  Depreciation and Amortization are non-cash expenses in that they are included in your Profit and Loss Statement even though there is no cash transaction.

Different Fixed Assets have different useful lives so are depreciated over different periods. There are a number of depreciation methods, but the two of the most common are: