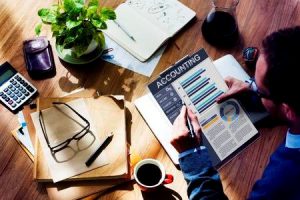 You may have heard the terms Cash Basis or Accrual Basis, and when you register your business with your state, you will likely be asked which method you plan to use. This is an important decision, but the concepts are not difficult. It is worth the time to understand what the terms mean.

The bottom line is that the Cash Basis and Accrual Basis of accounting are two different methods of recording transactions. The difference between the two is the timing of when Revenues and Expenses are recognized.

The Cash Basis records revenue when cash is received from a customer; expenses are recorded only when cash is paid to suppliers and/or employees. The Cash Basis is the easiest to use of the two methods – there are no payables or receivables to worry about. Another is that taxes are paid only on transactions that have been paid. However, per the IRS the Cash Basis can only be used when a company’s sales are less than $5 million per year.

A company sells 500 widgets for $1,000 to a customer in June. The customer pays the invoice in July. With the cash basis, the sale is recorded in July when the cash payment is received. Under the accrual method, the sale would be recorded in June when the invoice is issued, and an Accounts Receivable would be created. When payment is received in July, the cash is applied to the Accounts Receivable.

The consequences of choosing the wrong method can be expensive. I once had a client who had a small retail company and chose the Accrual Method. He was able to get a substantial discount on items for resale, so he actually saved money by purchasing more than he needed. He classified the extra goods in inventory, even though most of those items would never be sold. The correct method would have been to use the cash method and classify all purchases to expense when payment was made. Consequently, he showed higher profits which meant he had a bigger tax bill each year.